How CBN’s plan to redesign Naira notes affects your money

With the announcement by the Central Bank of Nigeria, CBN, that it is set to redesign some Naira notes, you may be concerned about this affects your money.

In a recent move, the CBN governor, Godwin Emefiele, on Wednesday, October 26, 2022, said that the apex bank will be redesigning the ₦200, ₦500, and ₦1000 notes. He said that the new Naira notes will be in circulation from December 15, after President Muhammadu Buhari launches the new notes.

He also added effective January 31, 2023, the old notes will cease to be legal tender. Henceforth, bank charges on deposits will be suspended as old naira notes are remitted back to the banks.

Emefiele said that there have been persisting concerns with the management of the current series of banknotes, and currency in circulation, particularly those outside the banking system in the country.

Why the CBN is redesigning notes

All over the world, countries, especially those with strong currencies, are known to redesign their money for a number of reasons.

The frequently cited reason is to stem counterfeiting. It is also done to fight corruption and currency hoarding in some cases.

In Nigeria, the case is not different, although there are other pressing reasons the CBN gave for its decision to redesign naira notes.

Addressing stakeholders on the CBN’s move, Emiefele said that currency management in Nigeria has faced several daunting challenges that have continued to escalate in scale and sophistication with attendant and unintended consequences for the integrity of both the CBN and the country.

The challenges cited by the CBN governor include:

He also revealed that in recent years, the CBN has recorded significantly higher rates of counterfeiting especially at the higher denominations of ₦ 500 and ₦ 1,000 banknotes.

Also, the existing series of the Naira has not been redesigned in the last 20 years as against the global best practice is for central banks to redesign, produce and circulate new local legal tender every 5–8 years.

The security situation in the country as regards ransom collection is also another reason the CBN says it is redesigning the Naira. By mopping up the large volume of money outside the banking system, the source of funds for ransom payments will begin to dry up.

Although the announcement was made late in October, the new currency will begin circulating in December, giving a six weeks window to avoid a rush.

In all, holders of the old currency have about three months to deposit their cash in Deposit Money Banks as they have been mandated to begin returning these Banknotes back to the CBN effective immediately.

The newly designed currency will be released to the banks in order of First-come-First-serve basis.

The CBN also says that for the purpose of the transition from existing to new notes, bank charges for cash deposits are hereby suspended with immediate effect. Therefore, DMBs are to note that no bank customer shall bear any charges for cash returned/paid into their accounts.

Kingsley Moghalu, a politician, economist, and former Deputy Governor of the Central Bank of Nigeria from 2009 to 2014 has aired his opinion about the move by the Central Bank.

Mr. Moghalu, who says he fully supports the Central Bank opines that the percentage of Naira notes outside the banks is troubling. The CBN obviously wants to force all those notes back into the banking system. Those with the notes must surrender to get new ones or else it becomes illegal tender after January 31, 2023.

“This is also a way to withdraw currency from circulation, an unorthodox way of tightening the money supply since the country is battling high inflation.

“The flip side is that people who are holding huge amounts of cash outside the banking system for nefarious reasons will go the parallel forex market to buy hard currency, putting further downward pressure on the value of the Naira as too much Naira will be chasing too few dollars,” he said.

He notes that the move may not solve inflation because there also are other major reasons for inflation such as the forex crisis, which this new move could further aggravate.

He also states that the window for its implementation is rather short as it will put a lot of operational pressure on commercial banks and the financial system in general. Mr. Moghalu suggested A 90-day.

Redesigning the Naira may not have any immediate effect on your money, but one way or another, currency holders are bound to feel a difference.

Some ways the currency redesign may affect your money are listed below:

1. May strengthen the Naira

It is expected that the move by the CBN will have a positive effect on the Naira. Though some argue otherwise, experts have said that the new measure could restore confidence in the local currency as the bulk of the naira note stacked away by politicians, criminals, and other illegal operators would be returned to the banking system. This will help the CBN to monitor the currency in the economy.

It is also expected that with the new notes, most tattered naira notes currency pushed into the system would be eliminated while counterfeiters would refrain from carrying out their illicit business,  for a couple of years at least.

Although the local currency was stronger in value than other currencies then, means the change did not directly impact the value of the naira and the exchange rate of the naira.

Although it may not amount to much, the suspension of bank charges on deposits as old naira notes are remitted back to the banks means more money for account holders.

For years now, the CBN has been trying to entrench a cashless culture. The decision to mop up the cash in society may just be the kick spenders need to finally succumb.

The CBN says it believes this new policy will be complemented by increased minting of its eNaira. This will further rein in the currency outside the banking system into the banking system thereby making monetary policy more efficacious.

Unlike its foreign counterparts, the Naira has not been redesigned in the past 20 years. This is against the global practice of redesigning, producing, and circulating new local legal tender every five to eight years.

Also, on September 30, 2009, the redesigned ₦ 50, ₦ 10, and ₦ 5 banknotes were converted to polymer substrate following the successful performance of the ₦20 (polymer) banknote.

Similarly, the CBN, as part of its contribution towards the celebration of the 50th anniversary of Nigeria’s Independence and 100 years of its existence as a nation, issued the ₦50 Commemorative polymer banknote on September 29, 2010; and the N100 Commemorative banknote on December 19, 2014. 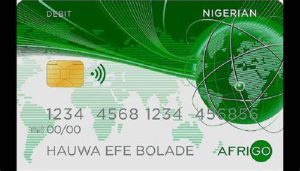 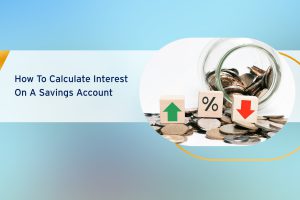 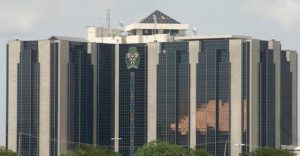 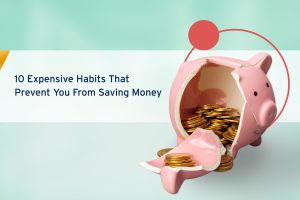